Cashew is a commodity that has been marketed primarily for its nuts. The province of Palawan in the Philippines is known as the top cashew-producing province where 90% of the total supply is being produced. In fact, with the abundance of the fruit, cashew has been regarded as Palawan's One Town, One Product (OTOP). However, cashew farmers are experiencing low income return, which was partly attributed to the underutilization of the cashew apple's flesh, which is 90 percent of the entire fruit. This is mainly attributed to the insufficient knowledge of its processing potential. 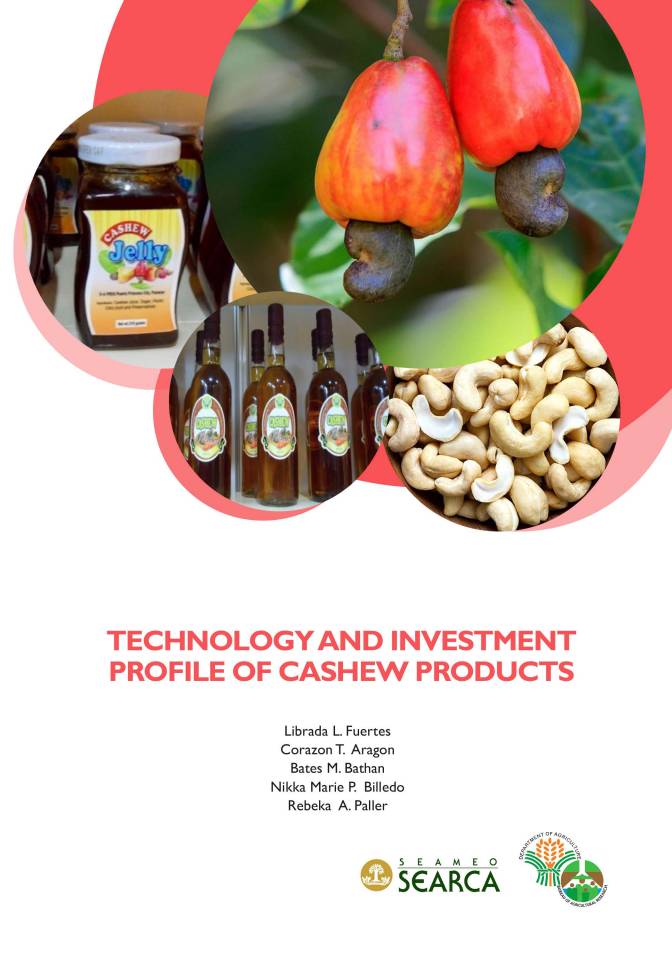 The Western Philippines University realized the need to increase the cashew farmer's income which motivated the product development of the cashew apple. Further product improvement of the fruit's nut and apple were also done with funding from the Department of Agriculture-Bureau of Agricultural Research (DA-BAR) and the Department of Agriculture-Palawan Research and Experiment Station (DA-PRES). The research project of DA-PRES titled "Cashew Products Processing, Packaging, and Labeling" focused on cashew apple processing. In this project, DA-PRES also introduced the latest packaging material to local producers, processors, and manufacturers since the agency recognized the importance of having an attractive packaging material bearing the nutrition facts to penetrate supermarkets and the international market.

The DA-PRES project and its products are the subject of the of the study conducted and published by SEARCA titled "Technology and Investment Profile of Cashew Products" to further assess its commercialization potential through a financial viability analysis. Ms. Librada Fuertes, DA-PRES Senior Science Research Specialist, implemented the product development in Palawan and also co-authored in the SEARCA study.

The products highlighted in the study include cashew wine, cashew prunes, cashew jelly, cashew jam, and salted cashew nuts. Cashew wine is a sparkling yellowish-brown, alcoholic drink prepared from the juice extract of cashew apples. Cashew prune is a candied fruit preserved in high sugar concentration and has a brownish-black and winkled appearance, this can be consumed as a snack or dessert. Cashew jelly is a thin semi-clear sweet food which may be used as a bread spread or served as toppings and fillings in pastries. Cashew jam, on the other hand, is a thick-jellied puree from the pulp of the cashew apple which may also be served as fillings to different bakery goods. Lastly, Salted cashew nuts, often used as flavorful complement to appetizers, are roasted cashew nuts with a light sprinkling of salt.

Through the abovementioned products, the study shows the different ways to maximize the utility of the cashew fruit. Using varying technology, the SEARCA study discussed the processing of the products.

The study also cited methods on improving the products' marketability and commercialization strategies. Specifically, DA-PRES conducted promotional campaign and trainings of farmers on cashew production and product development to help increase the farmers' interests in value-adding activities. From salted fried split nuts, cashew processing technologies developed by the DA PRES has gone a long way. At present, many products from cashew apple, such as those in the study, have been developed by DA-PRES. Nowadays, cashew apple has been gradually gaining economic value of more than four times the value of the nuts.

Aside from the technical and market aspect of the technology that were presented in the study, it also included the financial viability analysis of each product. It assessed its investment feasibility for interested technology investors. To determine the financial feasibility of the products, the authors used cash flow analysis with the following tools: net present value, benefit-cost ratio, and financial internal rate of return. Results showed that all cashew products have met the parameters for each tool to be identified as a financially viable investment project. The authors showed that the cashew wine, cashew prunes, cashew jelly, cashew jam, and salted cashew nuts have promising investment potential given the set assumptions. This indicates that it is a feasible investment for interested investors.

SEARCA through its Emerging for Innovation for Growth Department (EIGD) is now actively working to support and promote technology-based innovations among local enterprises in the Philippines as outlined in its 11th Five-Year Plan focused on Accelerating Transformation Through Agricultural Innovation (ATTAIN). For a more detailed discussion on the SEARCA-published monograph on technology of cashew products under the DA-BAR-funded project "Financial Viability and Profitability Analysis of Agricultural Technologies and Enterprises," it may be downloaded for free from the SEARCA website: https://www.searca.org/pubs/monographs?pid=478 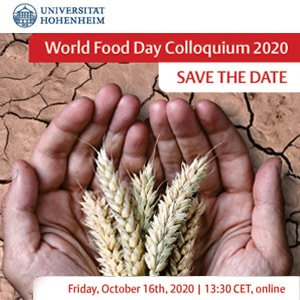