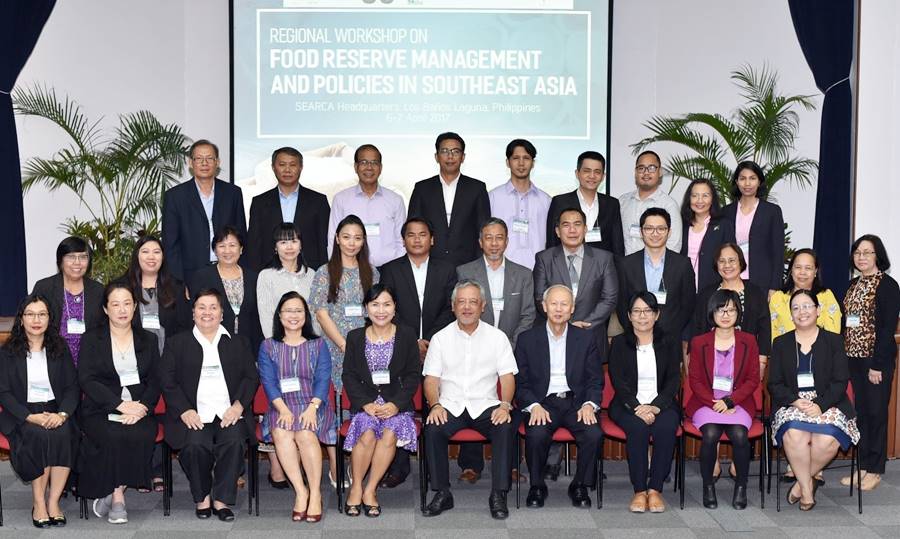 LOS BAÑOS, LAGUNA, Philippines. The Southeast Asian Regional Center for Graduate Study and Research in Agriculture (SEARCA), in collaboration with the Southeast Asian University Consortium for Graduate Education in Agriculture and Natural Resources (University Consortium) and the Food Security Center (FSC) of Hohenheim University in Germany, hosted and conducted the Regional Workshop on Food Reserve Management and Policies in Southeast Asia at the SEARCA headquarters on 6-7 April 2017.

Dr. Gil C. Saguiguit Jr., SEARCA Director, welcomed the delegates and mentioned that the regional workshop builds on the gains of SEARCA project Food Reserves: A Comparative Study on Food Reserve Management and Policies in Southeast Asia under the umbrella program on Food and Nutrition Security for Southeast Asia (FANSSEA). He also encouraged everyone to learn from each country's experience and pursue opportunities for possible collaboration towards food and nutrition security in the ASEAN region. 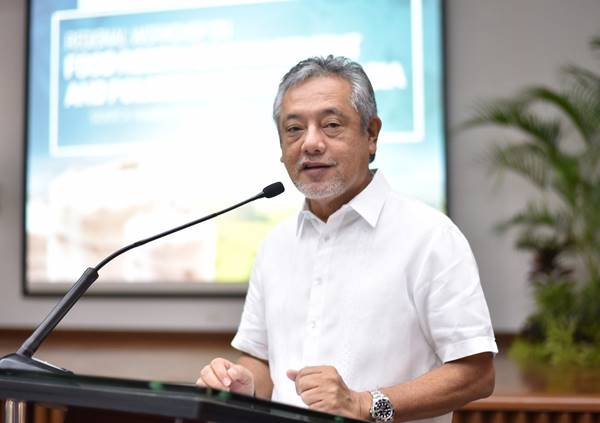 In laying out the rationale and workshop mechanics, Dr. Bessie M. Burgos, Program Head for SEARCA's Research and Development Department (RDD), emphasized food availability as an important dimension of food security, and in turn, food reserves and stockpiling as important determinants of food availability. She pointed out that the workshop structure consisting of plenary paper presentations and group breakout discussions aimed to develop common understanding of food stockpiling in the context of food security management in the ASEAN region, which are valuable inputs in shaping recommendations and possible courses of action to improve food stockpiling.

Dr. Paul S. Teng, Professor of Nanyang Technological University in Singapore and SEARCA Senior Fellow on Food Security, set the context for food reserves and its role in food security management. In the spirit of "learning by sharing," he shared the initial findings of the food reserves project survey, focusing on food stockpiling and food security in Southeast Asia. Dr. Teng cited the two faces of food security in Asia– the region's "spectacular economic growth and higher incomes" and "many still poor and undernourished" (6.1 million or 9.6 % of the population in SEA, 2015). He also mentioned that "ASEAN relies heavily on imports to meet its food needs; imports more from outside ASEAN than from within the region, and exports more to outside ASEAN than to the region." 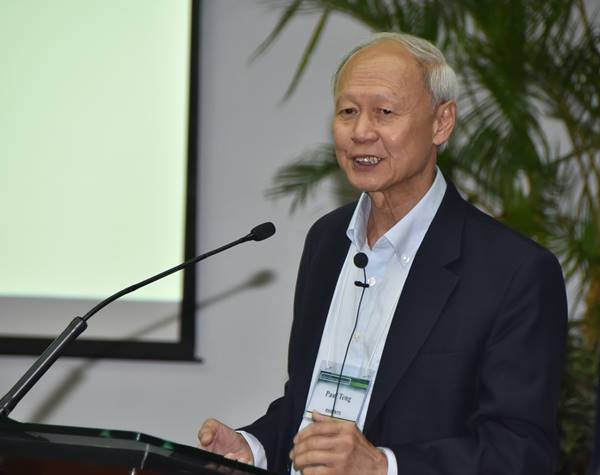 A background paper on regional food reserves presented by Dr. Roehlano M. Briones of the Philippine Institute for Development Studies (PIDS) provided the importance of domestic and regional food reserves. He emphasized the importance of cooperation among countries in the region in the deployment of stocks, and the need to implement trust-building measures.

Mr. Chanpithya Shimphalee, General Manager of the ASEAN Plus Three Emergency Rice Reserve (APTERR) talked on the status and prospects of ASEAN food reserve and the changing regional trade regime. He presented the status of self-sufficiency and stock-to-use ratios in ASEAN member-countries. These ratios are key indicators for ASEAN food security. With production of 115 million tons and consumption of 103 million tons, he said that "quantitatively, for ASEAN as a whole, there is no food security problem." He also discussed APTERR's mechanism and achievements as a regional food reserve, and the impact of global trade regime on national food reserves.

Dr. Ramon L. Clarete of the University of the Philippines (UP) Diliman School of Economics discussed the ASEAN Economic Community (AEC) and its implications on food reserves in SEA. He expounded on why and how food price volatility at domestic and international levels relate to food security and the economy, and the economics of food reserves. Lastly, he talked briefly about Asian Trade Forum, a food security policy think-tank of the ASEAN.

These plenary papers were informative and educational presentations that also strengthened and substantiated the discussions during open fora and group breakout sessions.

ASEAN delegates, who are part of the Food Reserves Project, presented country reports that highlighted their respective country's experiences and initiatives on food reserve management. Their presentations showed a brief overview of food stockpiling in their country, with focus on rice; grain stocks monitoring; relevant legislations and enabling policies; advantages and disadvantages of food reserves and stockpiles; community stockpiling; issues, gaps, and challenges encountered; potential areas for investment or collaboration; and proposed actions.

The commodities stockpiled in Vietnam are grouped into five categories based on purpose, and include food and non-food items particularly for disaster preparedness. Public food stockpiles are of two types: "backbone" or newly established stockpiles; and "inherited" or those from old stockpiles.

In the case of Myanmar, there are existing policies and plans related to food security but no specific law yet for food stockpiling. Rice trading is dominated by the private sector.

The Government Food Reserve System in Cambodia was established in 2012 to provide food and seed support to the people, particularly at times of natural disasters or food crisis.

Indonesia has specific laws and regulations governing food and nutrition security, in addition to other policies related to food reserve management. For rice stockpiling, the government rice reserve is managed by the Bureau of Logistics (BULOG). Rice stocks are stored at the BULOG warehouses, and in rice barns (lumbung) at community level. These stocks are used to meet domestic demand and for emergency situations. There is also rice for the poor (raskin) or subsidized rice.

On the other hand, Malaysia's public rice stockpile is managed by the private sector through BERNAS, Malaysia's national rice corporation. The rice reserve primarily aims to ensure sufficient rice supply for a certain period of time and to stabilize price.

The government of Lao PDR has started a National Rice Reserve Programme (NRRP) under the State Accumulative Department, in cooperation with the private sector. Enabling policies governing accumulative stock have also been decreed since 2013.

To analyze the implications of a changing regional trade regime on a country's food stocks and the impacts of individual countries' food reserves on regional stockpiling mechanisms, the participants were split into two groups during the breakout session. The groups came up with recommendations and plausible courses of action. 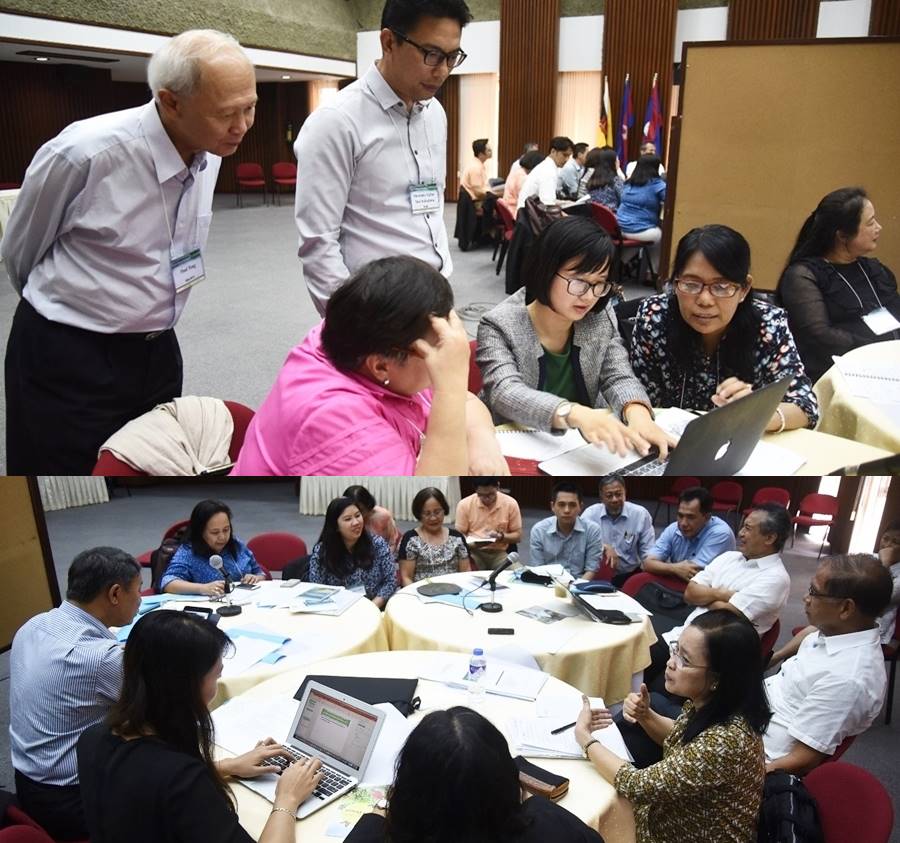 Dr. Teng, Food Reserves Project Adviser and Workshop Technical Coordinator, wrapped up what transpired in the two-day event, noting the very rich discussions among the participants on the workshop theme. He reiterated that "the learning by sharing paradigm is so powerful and the spirit of working together expresses itself in a regional cooperation, making sure that no country really suffers in times of need." One challenge that he posed to participants was to think of ASEAN as a big warehouse, as a big community where, notwithstanding each nation's own laws and rules, the community still thinks of each other. He pointed out some conclusions that could be drawn from the presentations and discussions, such as: rice is still the most important commodity in the ASEAN region; even though there is more trade, the ASEAN region still needs stockpiles; at national level, governments need to be assured that there are food reserves from stockpiles in times of need; and recommendations reinforce learnings from APTERR's experience.

Dr. Teng articulated that while the project has achieved its two major activities, namely the country surveys on status of food reserves and stockpiles in SEA countries and this regional workshop, the way forward is its third activity: knowledge repository or publications. He posed the greater challenge to the delegates of translating the survey results and this workshop's recommendations into policy briefs for their respective government ministers, and extracting shorter publishable reports, including one for the newspapers.