COMM. SAÑO TELLS SCIENTISTS: ‘Agriculture is part of the solution to climate change’ 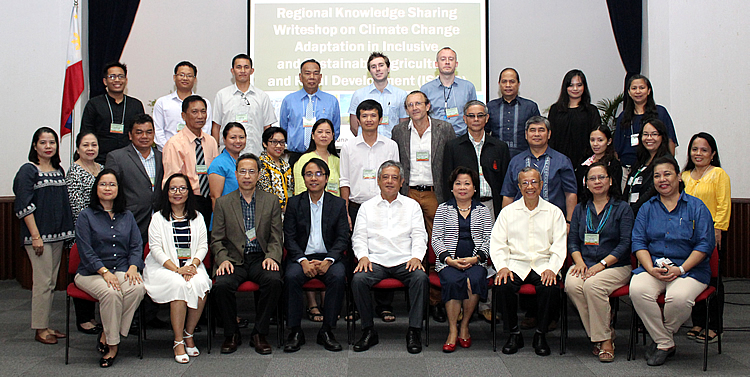 LOS BAÑOS, Philippines – Southeast Asia stands to lose a lot in terms of agricultural production and stability if there is no urgent, sustained action to implement climate change adaptation and mitigation in the region, warns Climate Change Commissioner Naderev Saño during a knowledge event here.

“Inaction to adapt to and mitigate the impacts of climate change will threathen agricultural production in the ASEAN region, with most of Southeast Asia risking to lose up to 7 percent of its total GDP by the next century, which is more than twice the global average,” adds Saño, citing global development reports.

At the very core, the issue comes down to two possible scenarios: food availability and hunger, Saño adds.

Changes in elements such as local climate patterns, temperature, rainfall intensity, and daylight will shift production cycles and ultimately, modify food prices and source of livelihood for most in the region, the official says.

“The good news: Agriculture is a fundamental part of the solution to climate change,” says Saño during his keynote at the Regional Knowledge Sharing Writeshop on Climate Change Adaptation in Inclusive and Sustainable Agricultural and Rural Development (ISARD) held at SEARCA at the University of the Philippines Los Banos on 15-17 April 2015.

Dr. Gil C. Saguiguit, Jr., SEARCA Director, elaborated that the writeshop, co-organized with the  Oscar M. Lopez Center for Climate Change Adaptation and Disaster Risk Management, levels up SEARCA’s knowledge management initiatives to bring together the collective efforts of participants from the Philippines and Southeast Asia as their shared contribution in building capacities in climate change adaptation toward inclusive and sustainable agricultural and rural development, or ISARD, in Southeast Asia.

The first day of the writeshop revealed that of 28 crops grown in the Mekong Region, the cash crops coffee, common bean, maize, and potato will have less resilience to survive the prolonged drought or extreme flooding from typhoons, according to a 2014 report of the International Center for Tropical Agriculture (CIAT). 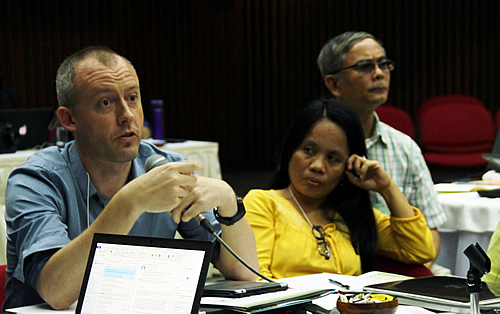 The 2014 study by CIAT used GIS-based climate data and EcoCrop Model, which also found that cassava, pigeon pea, ground nut, and coconut as “winner crops” or those that may survive the impacts of climate change, notes GIS expert Louis Parker of CIAT’s Asia office.

In the Philippines, rice production has shifted in the plains of Luzon with some areas experiencing higher rice yield during the dry season than during the wet season.

University of the Philippines professor Dr. Enrico C. Paringit notes that initial results of his LiDAR team’s research show that rice yield in designated rice production zones of the municipality of Apalit in Pampanga province are submerged in water during the rainy season and this hinders rice productivity. An initial explanation is that the prolonged retention of floodwaters causes surface flooding in rice fields that use varieties that cannot withstand prolonged water submergence.

Educating stakeholders such as farmers on how climate change will impact livelihood is also crucial to equip them with information for creating innovative solutions to pave way for climate smart agriculture, notes Nelly Riama of Indonesia, who produced a study on climate field schools in her country.

In his speech, Saño notes from global estimates that every 1 percent of GDP invested in climate change adaptation can produce savings of 10 percent in GDP avoided cost from climate impacts. 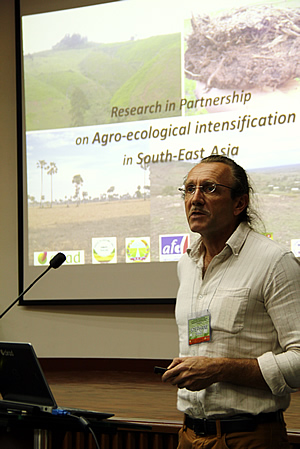 “This is a compelling argument for us to invest, especially among economies based in agriculture. Building resilience though mitigation is important but the climate-smart paradigm highlights the need for innovation to try new things. Let us see climate change as an opportunity to fight the defining issue of our generation,” notes Saño.

“I commend SEARCA as one of the foremost instiutions in developing knowledge not only in the region but globally. The concepts of inclusive development and sustainable agriculture and rural development are ideas whose time has come; and no power can stop an idea whose time has come. So I challenge all scientists and experts here today to go out there and change the world,” he concludes. (Anna P. Valmero)