Economic and Social Impacts of an Avian Flu Outbreak 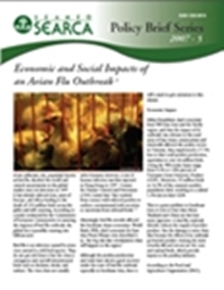 Avian influenza (AI), popularly known as bird flu, shocked the world and created uncertainties in the global market since its detection in 1997. It has already infected Asia, parts of Europe, and Africa leading to the death of 150 million birds across the globe and still counting. According to a study conducted by the Commission of European Communities in assessing the impacts of bird flu outbreak, the global loss is possibly running into billions now.

Bird flu is an infection caused by avian virus natural to wild bird species. They do not get sick from it but the virus is contagious and can kill domesticated birds such as chickens, ducks, and turkeys. The virus does not usually infect humans; however, a case of human infection was first reported in Hong Kong in 1997. Centers for Disease Control and Prevention (CDC) stated that “this resulted from contact with infected poultry or surfaces contaminated with secretion or excretions from infected birds.”