Human Capital and Agricultural Productivity: The Case of the Philippines 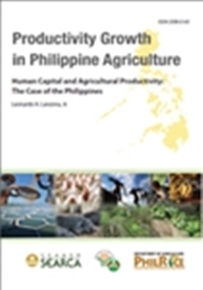 To measure the impact of education on agricultural productivity, this study used a panel data of the households in Camarines Sur, Philippines over two periods (i.e., 1978 and 1994). The first survey captured the dynamic context where technology innovation (Green Revolution) was being introduced, whereas the latter survey represented the period in which technology is generally stationary, though modern varieties were being improved.

The results of the study highlighted the importance of human capital in determining productivity. The low productivity in the country, in general, and in its agricultural sector, in particular, also indicates that human capital investments must be improved such that introducing new technology should be complemented with creating human capital. The adoption of new technology and its ultimate diffusion depends fundamentally on higher education and its complementarity with the other levels of education. The results also highlighted the importance of higher learning, especially in a modernizing agricultural setting.