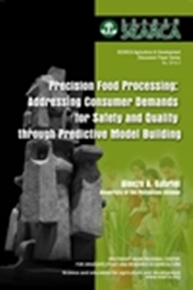 Due to the aggressive campaigns of the industry and the government, consumer preferences have already been shifting toward healthier food products that are minimally processed and with optimal fresh quality. In a study conducted by the Food Marketing Institute (FMI) in the United States 1n 2008 and 2009, almost half of the conumers surveyed (41%-46%) stated that they would buy products that will cater to their health and welness needs (Sloan 2010). The beneficial effects of consuming fruits and fruit products have been attributed to the presence of antioxidants, which have been pointed to alleviate a number of degenerative illnesses including cardiovascular diseases, cancer, and aging (Kaur and Kappor 2001). This shit has, however, also increased the risk of cousumers being exposed to pathogenic microorganisms.