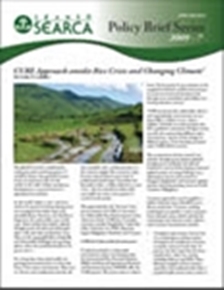 The global food crisis, manifested by soaring rice prices and long queues of would-be buyers, has generated various forms of social unrest all over the world. In the wake of these tumultuous developments, a renewed interest in agriculture has surfaced.

As the world “rushes to rice”, the focus tends to be geared toward producing more rice in irrigated, favorable, large, and accessible farms. However, one should not forget how the unfavorable areas would cope. These include the rainfed, upland, drought-prone, flooded and submerged, saline soils, and other problematic areas. They are the topographically, ecologically, and climatically challenged rice-growing places, where rice probably should not be grown, but is.