Smuggling of Selected Agricultural Commodities in the Philippines 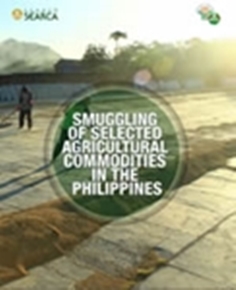 by Prudenciano U. Gordoncillo, Cesar B. Quicoy, Julieta A. Delos Reyes, and Arvin B. Vista
2014 | Policy Papers | 16 pages
English

This paper was prepared by the Southeast Asian Regional Center for Graduate Study and Research in Agriculture (SEARCA) as a milestone deliverable of the project funded by the Department of Agriculture Bureau of Agricultural Research (DA-BAR) titled, An Assessment of Smuggling on Selected Agricultural Commodities in the Philippines.

Moreover, the authors have identified and analyzed five major issues on smuggling: Policies and Procedures on Imports; Tariff Rates; Extent of Smuggling; Value of Smuggling; and Effectiveness of Anti-Smuggling Policies Specific recommendations for operational policies and legislative actions mentioned in this paper were based on the findings of the study on smuggling on selected agricultural commodities in the Philippines.

This paper includes an introduction which provides the context of smuggling in the Philippines, a detailed analysis of the five main issues in smuggling, and recommendations for operational policies and legislative actions.