“Transfarm” to be more resilient to climate change

Rice is the staple food of Filipino, along with fish. “If we did not have rice, our deepest comfort food, we would probably feel less Filipino,” the late food columnist Doreen Fernandez once said.

What most Filipinos don’t know is that rice fields are one of the major contributors of methane in the atmosphere. The journal Science reported that the atmospheric concentration of methane has more than doubled during the last 300 years and is increasing at an annual rate of about one percent each year.

Methane, like carbon dioxide, is a greenhouse gas. Other greenhouse gases include chlorofluorocarbons (from air conditioners and refrigerators) and nitrogen compounds. Ground-level ozone, produced by burning fossil fuels, is also considered a greenhouse gas. The human-induced emissions of these gases result in large-scale shifts in weather patterns called climate change.

Climate change is bad news for the Philippines, which has more than 7,000 islands. “The Philippines is the third most vulnerable country to weather-related extreme events,” says the World Bank report, Getting a Grip on Climate Change in the Philippines.

Among the most apparent consequences of climate change are sea-level rise, less rainfall, drought, and floods – all of which affect food production. “Despite the technological advances in the second half of the 20th century, agriculture remains to be one of the most vulnerable sectors to climate change,” writes Apple Jean C. Martin in policy advocacy.

Citing that the changing weather patterns, rising sea levels, extreme weather events are occurring and have affected economies and lives around the globe, Dr. Gregorio said, “Transformation in our food systems should start with our farmers, from a farmer as a producer-only to a transfarmer.”

Dr. Gregorio said those words in a webinar organized by the National Academy of Science and Technology (NAST) and The Outstanding Women in the Nation’s Service Foundation, Inc. His talk centered on “Food on an Increasingly Hot Plate: Climate Change and Food Security.”

“Climate change in agriculture is not just a problem; it is a driver for research and business,” Dr. Gregorio said, adding that “agriculture must be treated as business and industry, and our farmers must be transformed to become transformers.

NAST Academician Aura G. Matias explained the webinar aims to “inform the general public, particularly the youth, about the changing climate situation in the Philippines and how this will affect the Filipino way of life.”

In his talk, Dr. Gregorio stressed the strong potential of the youth to create possibilities and new innovations in agriculture. In fact, he shared his own experience telling the audience that when he was still in high school, he developed a solar dryer and a refrigeration system.

“It is good that young people are increasingly aware of the challenges and risks presented by the climate crisis and of the opportunity to achieve sustainable development brought by solutions to climate change. However, young people are not just victims, but also carry a lot of potential in carrying out and accelerating climate action. They possess massive power to advocate for change and to hold decision-makers accountable,” he said.

“Be the heroes we never were and do it now,” Dr. Gregorio, a NAST academician, urged the youth.

Those are words of wisdom as agriculture is one of the country’s main economic sectors. In fact, agriculture contributes 14% of the gross domestic product and employs over a third of the population.

This is bad news for the Philippines, indeed. “Agriculture in the country could be severely affected by temperature changes coupled with changes in rain regimes and patterns,” says the state-run Philippine Atmospheric, Geophysical and Astronomical Services Administration (PAGASA). “Crops have been shown to suffer decreases in yields whenever temperatures have exceeded threshold values and possibly result in spikelet sterility as in the case of rice.”

Let’s take a closer look at some of these crops. Rice, grown under both irrigated and rainfed regimes, is the single most important agricultural crop as it serves as the basic food staple for over 80% of the population.

“In areas where rain patterns change or when extreme events such as floods or droughts happen more often, grain and other agricultural produce could suffer shortfalls in the absence of effective and timely interventions,” the country’s weather bureau said.

“Tropical cyclones, particularly if there will be an increase in numbers and/or strengthen, will continue to exert pressure on agricultural production,” PAGASA added. The country lies in the world’s most typhoon-prone region, averaging 19-20 typhoons each year, of which 7-9 make landfall.

Take the case of Laguna, which was hit by tropical storm Ondoy in 2009. It left P200-million worth of damage in agriculture as rice fields, and vegetable crops were submerged in floodwaters.

Three more typhoons hit the same province in 2009, affecting an entire rice cropping season. “Some farmers tried to save their rice crop by harvesting them before the typhoon came, but even their harvest was washed out by floodwaters,” wrote Maria Emilinda T. Mendoza, author of “Faces of Vulnerability: Gender, Climate Change, and Disaster.”

“Livestock were also affected,” Mendoza further wrote. “There were incidents of pigs and ducks being washed out, while those that survived suffered from diseases. Consequently, some duck raisers in the municipality of Victoria closed their businesses.”

Fish, like rice, is a staple food of Filipinos. Like rice, fish production will also be affected by climate change. A study released by the Worldwide Fund for Nature in 2015 considered climate change as “one of the main reasons for the decline of marine species in the last 30 years.”

“Climate change is already having a profound effect on life in the oceans,” the US National Oceanic and Atmospheric Administration (NOAA) says. “Marine species tend to be highly mobile, and many are moving quickly toward the poles to stay cool as average ocean temperature rises.”

PAGASA confirms. “Migration of fish to cooler and deeper waters would force the fisher folks to travel further from the coasts in order to increase their catch,” it says. “Seaweed production, already being practiced as an adaptation to climate change in a number of poor and depressed coastal communities, could also be impacted adversely.”

Speaking of coastal communities, they will be greatly affected by climate change as a result of sea-level rise. “Sea level has risen by nearly double the global average rate over certain parts of the country from 1993 to 2015,” the Climate Change Commission reports. “Projections show that sea level is expected to increase by approximately 20 centimeters by the end of the 21st century.”

The 2010 World Development Report, drawing on analysis from the Intergovernmental Panel on Climate Change, calculates that agriculture directly accounts for 14% of global greenhouse gas emissions in carbon dioxide equivalent and indirectly accounts for another 17% of emissions from land use and conversion for crops and pasture.

“As agriculture is highly sensitive to climate change, maintaining the right balance is critical to a stable and productive agricultural activity, which is the foundation for food security and by extension the alleviation of poverty,” the briefing paper stated.

In time, climate-smart agriculture came into existence as a response to the problems brought about by climate change.

“Climate-smart agriculture addresses the wider issues faced by agriculture in the face of global environmental change – the need to increase global food production by 60% by 2050 and to meet greenhouse gas emission reductions,” the briefing paper said.

Climate-smart agriculture is anchored on three pillars in the context of local stakeholders and focusing on sustainably increasing farm productivity and income, strengthening resilience to climate change and variability and mitigating the contribution of agricultural practices to climate change.

According to SEARCA, the unique role of agriculture in development – the primary food source, significant potential for greenhouse gas mitigation, and its sensitivity to climate change – entails those innovations in technology and practice be enabled and diffused locally and appropriately to respond to climate change. 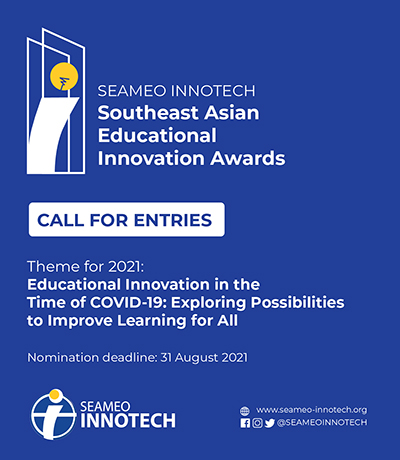 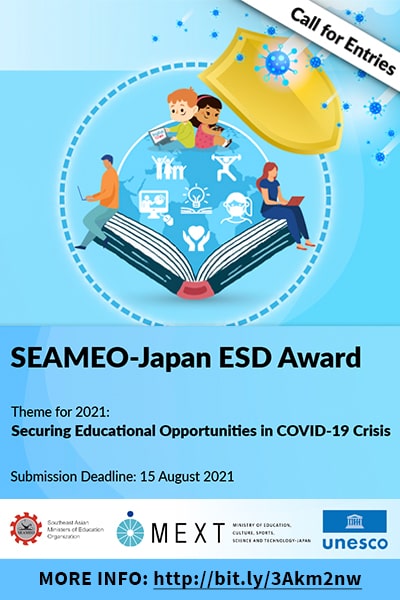