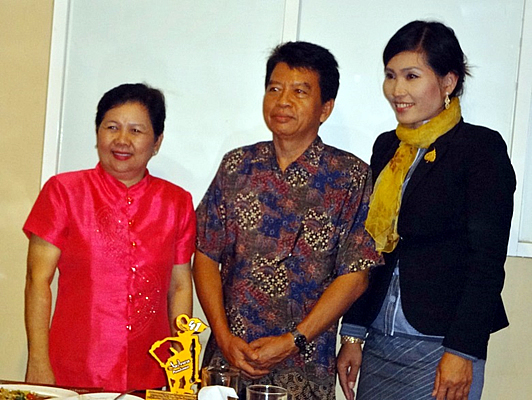 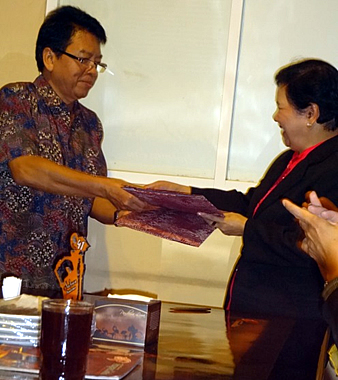 UNITRI is a private university in Malang that evolved from the STIPER Tribhuwana (College of Agricultural Sciences) established in 1990 by education practitioners, bureaucrats and private individuals including Prof. Dr. Bambang Guritno, former rector of the University of Brawijaya (UB). UNITRI strives to provide broad access to quality higher education through 14 degree programs offered by five faculties and two postgraduate degree programs to a total of 3,000 students. 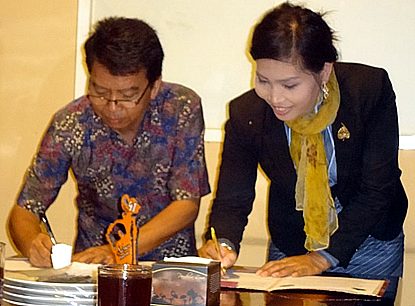 Meanwhile, WPU, a state university in the Philippines, traces its roots from being a farm settlement school for the indigenous community in Palawan island in 1910. It evolved into an agricultural high school, then becoming the Palawan National Agricultural College in 1963, into the State Polytechnic College of Palawan in 1995, until its present status as a full-fledged university in 2004. Today, WPU serves 8,000 students through its 24 undergraduate and nine postgraduate degree programs, two of which are PhD programs, offered by seven colleges in seven campuses; along with four vocational/technical programs and nine prebaccalaureate programs.

On the other hand, the public-sector UBB evolved from a private institution in 2007, the National University of Management established in Battambang City, Cambodia in 2000. It serves 5,000 students through its academic programs offered by five faculties and one institute.

The MOU-signing activity was facilitated by Ir. Aldon Sinaga, Director of Academic and Student Affairs at UNITRI and participant in SEARCA’s fifth LEAP SEA hosted and co-organized by UB. Organizers from SEARCA and UB and participants of the fifth LEAP SEA offering witnessed the MOU signing with UNITRI officials and senior faculty. A fellowship dinner hosted by UNITRI capped the event. (Maria Celeste H. Cadiz)