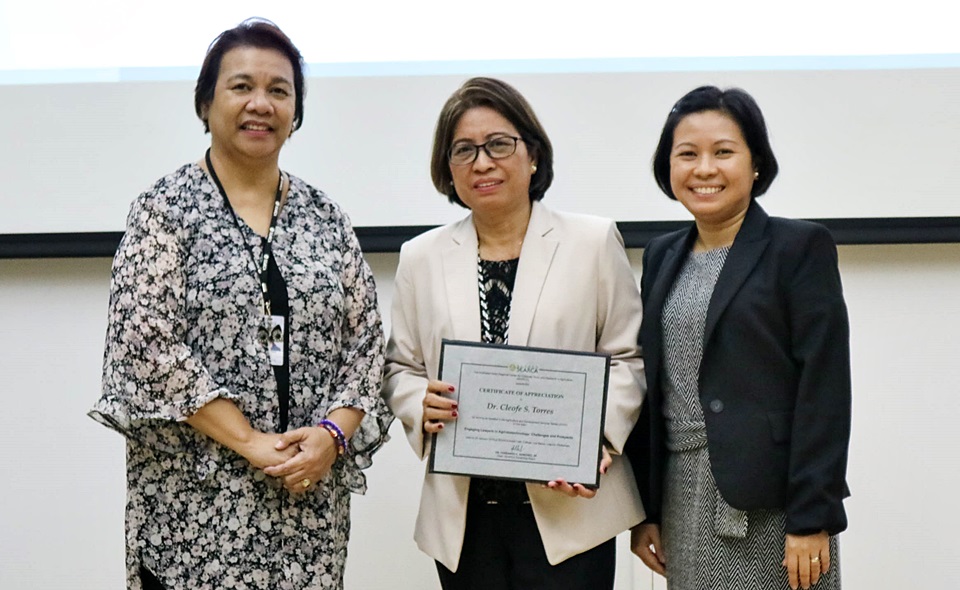 Results of the study, Legal Discourse on Agri-Biotechnology: Implications to Lawyers' Engagement in Biotechnology in the Philippines were presented to scientists and experts as well as representatives from the academe, national and international agencies/institutions, and partners from the biotech community during the Agriculture and Development Seminar Series (ADSS) of the Southeast Asian Regional Center for Graduate Study and Research in Agriculture (SEARCA) on January 29, 2018.

The study was a joint collaboration of SEARCA Biotechnology Information Center (SEARCA BIC) and the College of Development Communication at the University of the Philippines Los Baños. It focused on analyzing the Philippine lawyers' understanding and attitude towards agri-biotechnology and how these may serve as basis for defining their engagement in agri-biotech development.

Results reveal that despite having a low level of familiarity with key terms (i.e., genes, viruses, Golden Rice, GMO contamination, etc.), processes, and the existence of agri-biotech regulations in the country, lawyers still favor the application of agri-biotech in food and medicines provided that proper precautions are taken such as educating the public on its pros and cons, addressing risks of the technology, and having a structured regulatory process, among others. While lawyers perceive agri-biotech as an interesting topic, they do not find it as a lucrative area of legal practice as yet. Nevertheless, they are open to expand their knowledge on the subject, collaborate with scientists, and actively participate in regulating agri-biotech products in the country.

The researchers also analyzed the content of legal documents related to the Bt eggplant case and found that there is a need to improve the level of science literacy among the judiciary based on the legal arguments raised during the trial. Consequently, this lack of understanding on the nature of GM crops had implications on their decision to stop the Bt eggplant field testing in the Philippines in 2015, but was overturned in 2016. 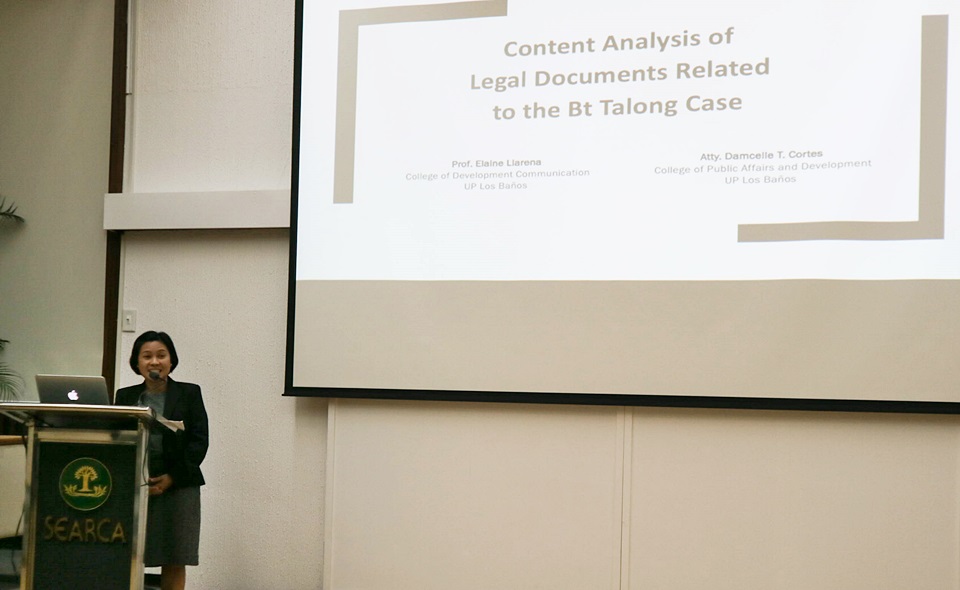