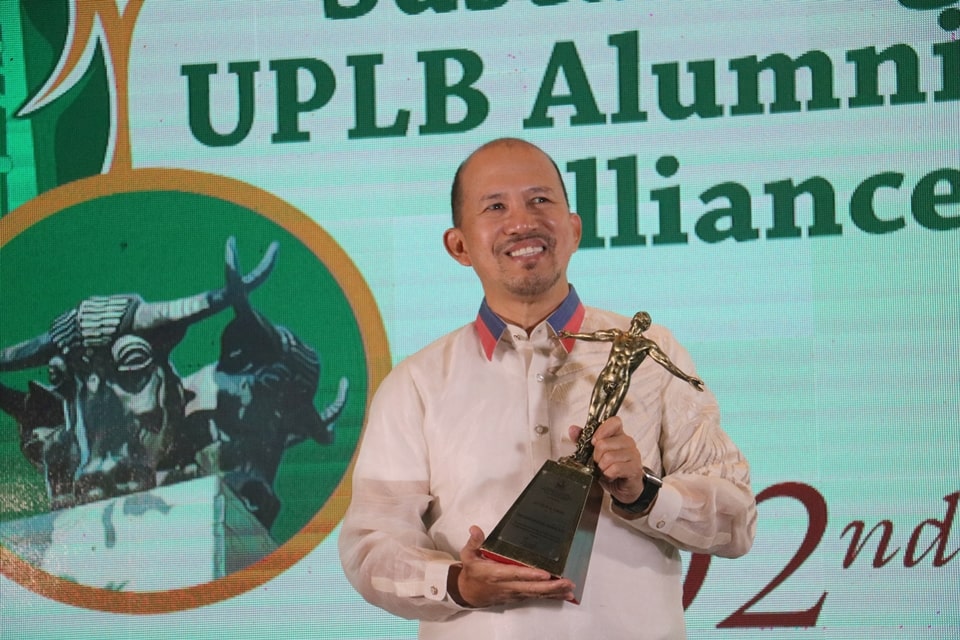 Dr. Glenn B. Gregorio, Director of the Southeast Asian Regional Center for Graduate Study and Research in Agriculture (SEARCA), is one of the recipients of the College of Agriculture and Food Science (CAFS) Distinguished Alumni Award (Distinguished Alumnus for Rice Chemistry and Food Science Research) conferred by the University of the Philippines Los Baños Alumni Association (UPLBAA) on 10 October 2020 during the 102nd Loyalty Day and Alumni Homecoming: Sustaining UPLB Alumni Alliance.

The recognition is bestowed on outstanding alumni of the UPLB-CAFS who exemplify honor and excellence for the contribution of their own field to the scholarship of agriculture and food science.

Dr. Gregorio earned all his educational degrees from UPLB. He is a graduate of Bachelor of Science in Agriculture as a Dean’s Lister; Master of Science in Plant Breeding as an International Rice Research Institute (IRRI) scholar; and his PhD in Genetics as a Department of Science and Technology (DOST) scholar. His body of work includes the development of micronutrient-dense rice varieties for human health such as rice high in iron and zinc as well as climate change-ready rice varieties that are saline- and flood-tolerant.

Dr. Glenn B. Gregorio (third from the left), SEARCA Director; Philippine Department of Agriculture Secretary William D. Dar (center); and Dr. Fernando C. Sanchez, Jr. (fifth from the left), UPLB Chancellor and Philippine Representative to SEARCA’s Governing Board, together with other UPLB officials.

The UPLBAA award adds to the recognitions and distinctions that Dr. Gregorio has received from national and international organizations and institutions for his stellar work in agricultural and rural development, particularly in the field of plant breeding.