SEARCA conducts Orientation for New and Continuing Scholars for 2019-2020

LOS BAÑOS, Laguna – SEARCA organized the Orientation for New and Continuing Scholars on 18 August 2019 at Drilon Hall, SEARCA headquarters. 60 students taking their masters and doctoral degrees in UPLB attended the event. This orientation is regularly held to acquaint the students about SEARCA and their responsibilities as scholars of the institution. This is also an avenue for them to meet their fellow scholars. 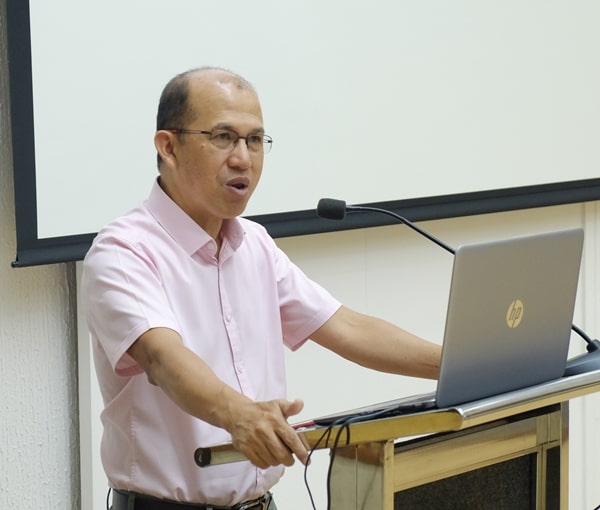 Dr. Glenn B. Gregorio, SEARCA Director, delivering his welcome message to the new and continuing SEARCA scholars.Dr. Glenn B. Gregorio, SEARCA Director, welcomed the participants and provided them with helpful suggestions in navigating the next years of their graduate school life. Dr. Gregorio highlighted the importance of finding a mentor which can guide the scholars in their academic pursuits and personal development. Lastly, Dr. Gregorio challenged them to excel in their studies and in return, SEARCA will likewise do its best to support their endeavors. 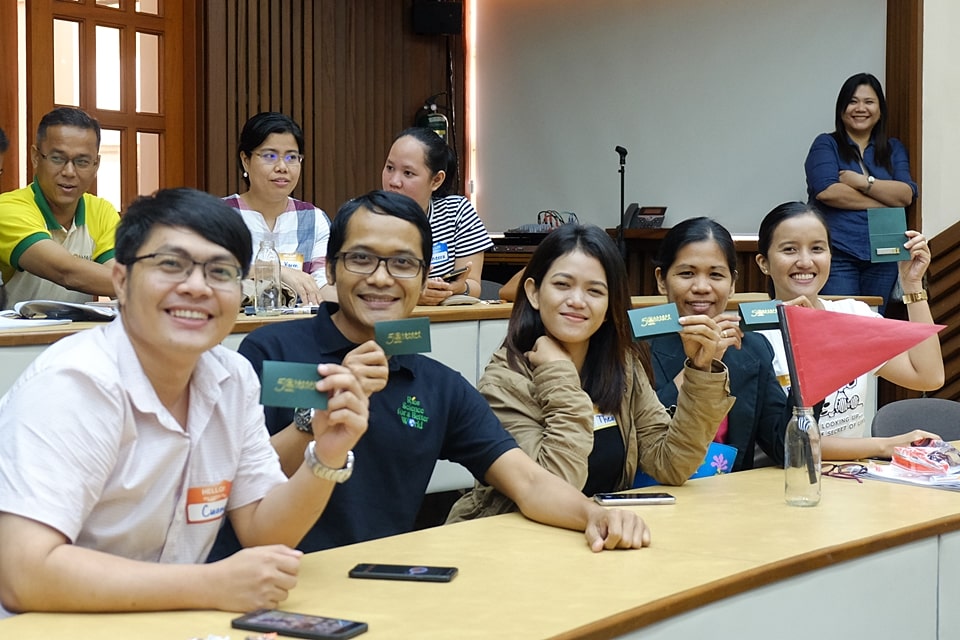 The members of Red Team who won the game during the orientation (L-R) Ong Quoc Cuong, Cipto Nugroho, Sokkunthea Kheng, Marla V. Relloso, and Ma. Evic C. Panganiban.The participants of the orientation were given an opportunity to introduce themselves and work together through a game to test their knowledge about the scholarship program and what is expected of them as SEARCA scholars. Red Team, composed of Ma. Evic C. Panganiban, Marla V. Relloso, Sokkunthea Kheng, Cipto Nugroho, and Ong Quoc Cuong, emerged as winners. 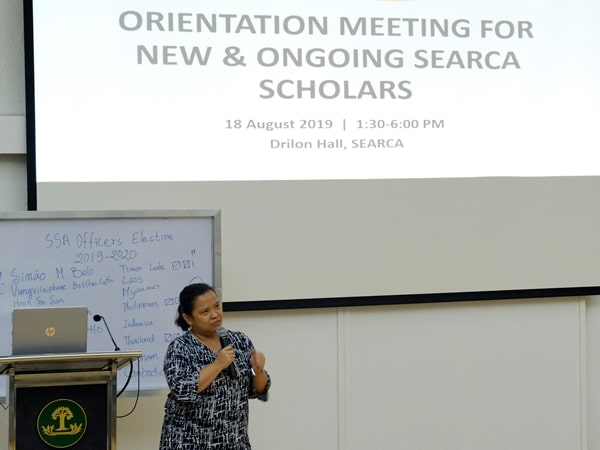 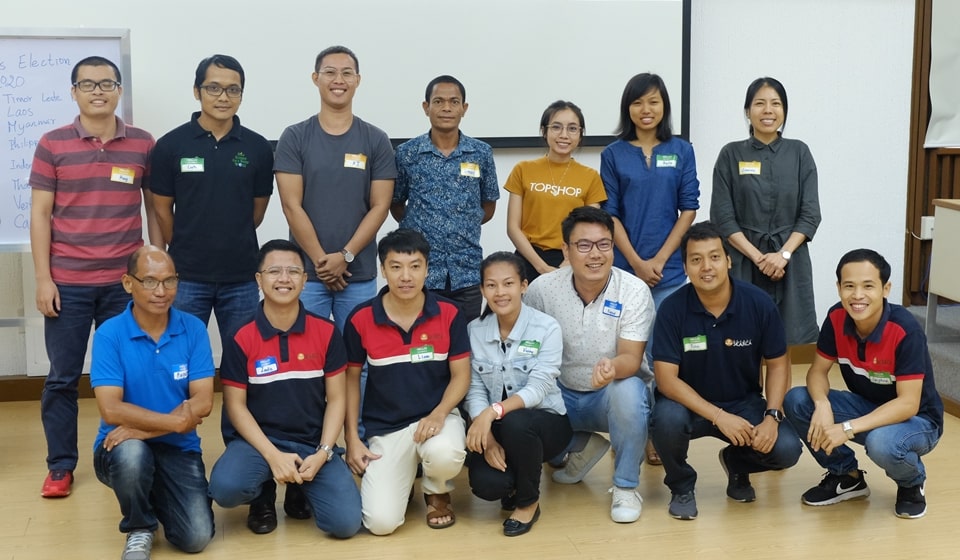 Dr. Cuaresma closed the orientation program by inviting the students to actively participate and support future activities of SEARCA. Besides this orientation held in UPLB, other orientation-seminars are likewise conducted in different study posts where SEARCA scholars are based such as in Institut Pertanian Bogor (Indonesia), Kasetsart University (Thailand), Universitas Gadjah Mada (Indonesia), and Universiti Putra Malaysia (Malaysia).