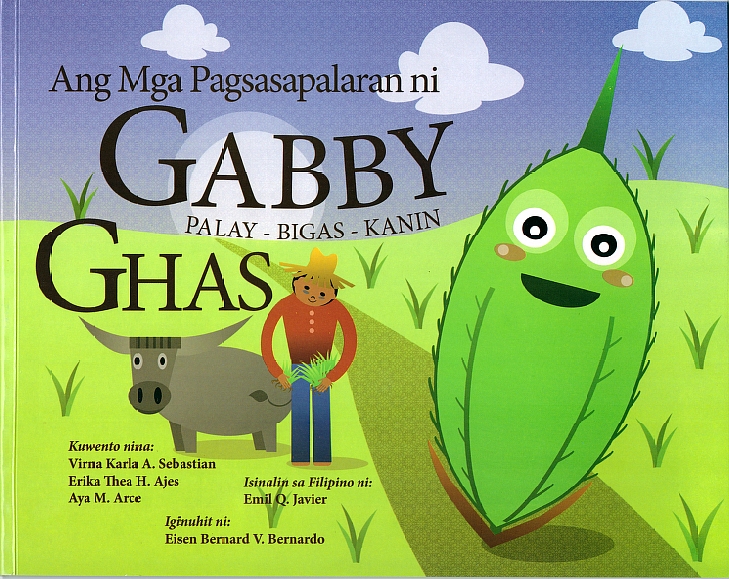 QUEZON CITY, Philippines – SEARCA co-published the Filipino edition of the picture book titled “The Adventures of Gabby Ghas,” which was launched on 26 September 2014 at the Department of Agriculture-Agricultural Training Institute (DA-ATI) based in this city.

The Filipino edition was co-published by Asia Rice Foundation (ARF), SEARCA, the Philippine Department of Agriculture-Bureau of Agricultural Research (DA-BAR), and the National Academy of Science and Technology (NAST) of the Philippines.

Also launched along with the Filipino edition are the Bicolano and Ilocano versions of the book which ARF co-published with Philippine government entities.

Originally written and published in English in 2009, the book creatively describes how rice is produced and processed before it reaches its consumers. The story was the winning entry in the Short Story Writing Contest organized by ARF in collaboration with the Alpha Phi Omega Service Sorority and the Department of Education in 2006. It aims to promote the appreciation of rice and rice farmers among young people.

The Visayan edition of the book, which came out in 2012, was also co-published by ARF, SEARCA, and DA-BAR along with the Philippine Rice Research Institute (PhilRice). (Leah Lyn D. Domingo)