Ambassador Lwin Oo is flanked on his right by his wife and Mr. Min Si Thu Zaw, Third Secretary, Embassy of Myanmar in the Philippines. Also present are Myanmar students enrolled at UPLB, many of whom are SEARCA scholars.

His Excellency U Lwin Oo, Ambassador of the Republic of the Union of Myanmar to the Philippines, visited SEARCA on 19 December 2019. He was received by Dr. Glenn B. Gregorio, SEARCA Director, and Mr. Joselito G. Florendo, SEARCA Deputy Director for Administration.

Ambassador Lwin Oo has been very recently appointed to the Philippines, having presented his credentials to President Rodrigo R. Duterte just last December 4.

Dr. Gregorio briefed him about SEARCA and its programs, many of which are regional in scope and include projects and activities covering Myanmar. In particular, Myanmar has been actively engaged with SEARCA’s Graduate Education and Institutional Development Program. Exactly 100 Myanmar nationals have been awarded SEARCA scholarships for master’s and PhD studies, 83 of whom have completed their graduate programs. 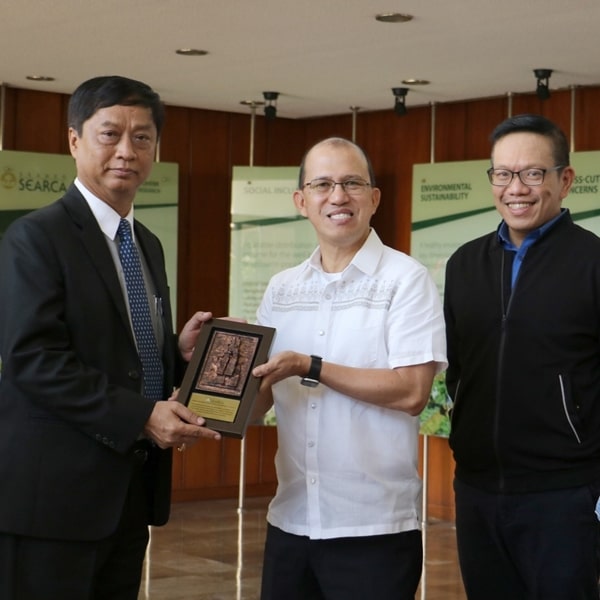 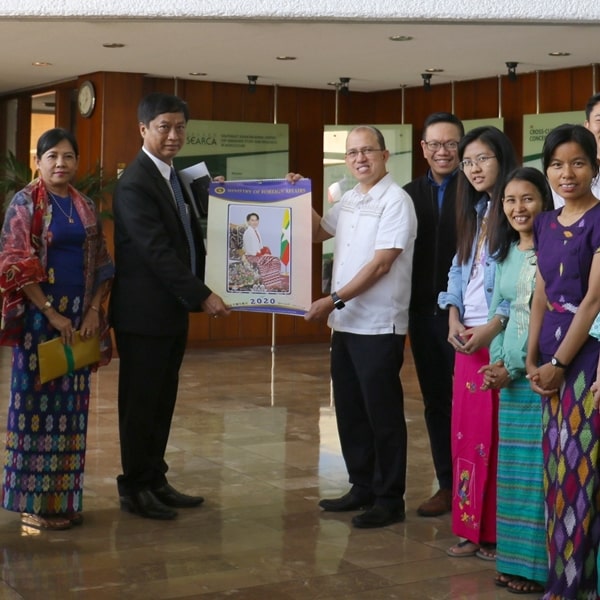 Ambassador Lwin Oo presents the 2020 calendar of the Myanmar Ministry of Foreign Affairs to Dr. Gregorio.

The envoy expressed appreciation of the scholarships that SEARCA has provided to Myanmar nationals.

Also present during the briefing were Mr. Florendo; Mr. Min Si Thu Zaw, Third Secretary, Embassy of Myanmar in the Philippines; and the Ambassador’s wife.

Before meeting with the SEARCA officials, Ambassador Lwin Oo met with Myanmar students currently enrolled at the University of the Philippines Los Baños (UPLB), most of whom are SEARCA scholars. 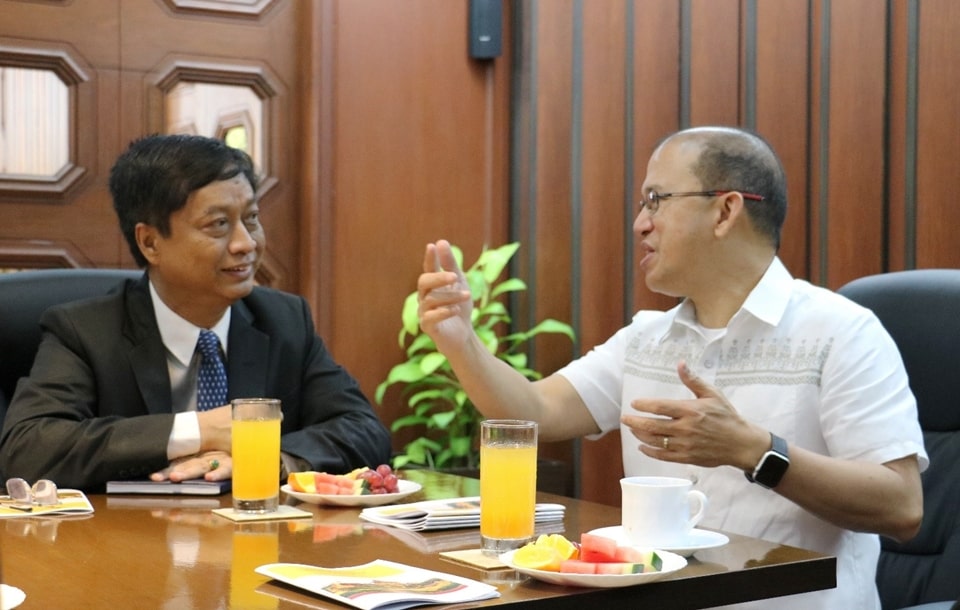