Myanmar thanks SEARCA, asks for further assistance during AMAF visit to Los Baños 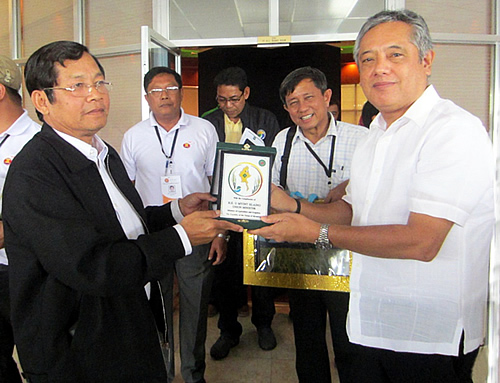 Occasion was the visit of Minister Myint Hlaing to the International Rice Research Institute (IRRI) on 12 September 2015 together with his counterparts in the ASEAN Ministers of Agriculture and Forestry (AMAF) Plus Three (China, Japan, South Korea) and India and senior officials from said countries as a final activity of SOM-AMAF’s 37th Meeting in Manila. He had specifically expressed interest in meeting Dr. Gil C. Saguiguit, Jr., who has been reappointed to a third unprecedented term as SEARCA Director for his tireless efforts to promote Inclusive and Sustainable Agricultural and Rural Development (ISARD) in Southeast Asia.

After the forum, the Minister presented to Dr. Saguiguit a plaque and institutional gift as tokens of his country's appreciation for "all SEARCA has done for Myanmar's agricultural development all these years." 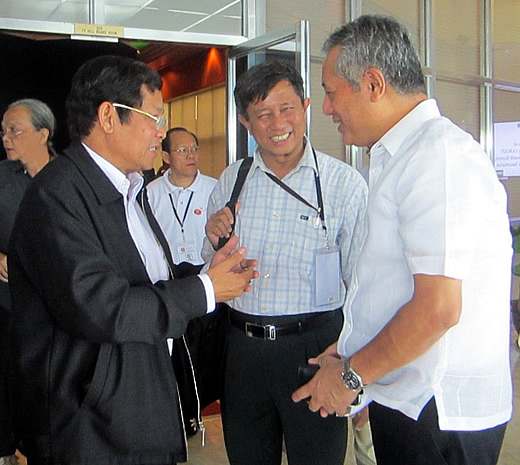 During the meeting with the Myanmar students from MOAI, 18 of whom are SEARCA scholars, the Minister stressed the importance of professionalism in their respective fields of specialization and to perform outstandingly in their graduate programs and bring advanced and appropriate technologies back to their country to improve their agriculture sector.

Dr. Saguiguit has been invited to lead a SEARCA delegation to Myanmar to conceptualize and plan a focused program to address the Minister's priorities and concerns. He pledged SEARCA's continued support to Myanmar and his intention to honor the invitation before the year’s end.