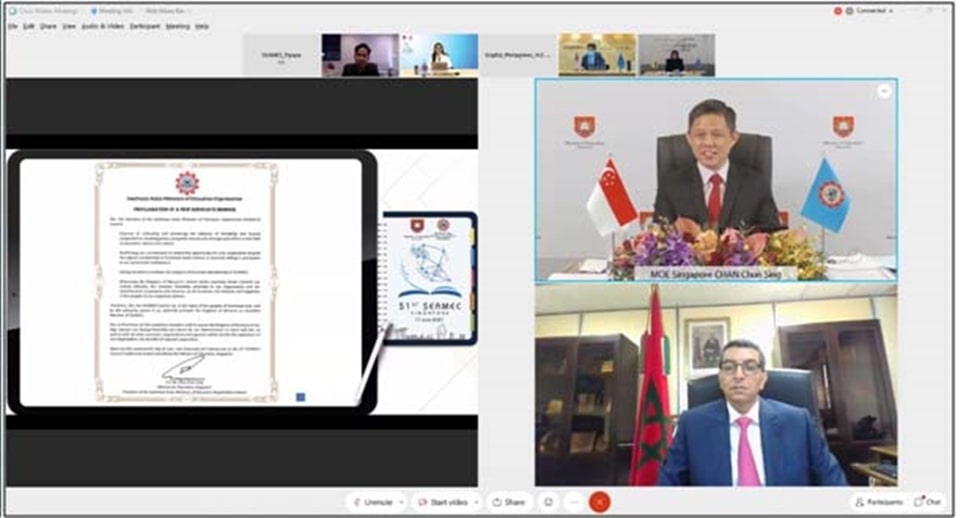 The Kingdom of Morocco has been admitted to the Southeast Asian Ministers of Education Organization (SEAMEO), an intergovernmental organization founded in 1965 to promote cooperation in education, science, and culture among Southeast Asian nations. The Southeast Asian Regional Center Study and Research in Agriculture (SEARCA) is one of the oldest SEAMEO specialist institutions.

According to the Bangkok-based SEAMEO Secretariat (SEAMES), its SEAMEO Associate Member status supports the strategic guidelines of the Kingdom's New Development Model, particularly in the section devoted to positioning Morocco as a regional hub for higher education, research, and innovation. Moreover, it gives privileged access to Morocco for the promotion of cooperation with all countries of the Southeast Asian region in the fields of education, scientific research, and culture and paves the way for active participation in the programs and projects of the Organization.

Furthermore, SEAMES said “the participation of the Kingdom of Morocco as an Associate Member of SEAMEO will constitute more substantive cooperation in the education field based on the South-South and win-win partnership between the Kingdom of Morocco and Southeast Asian countries. The priority areas of collaboration include the areas of Mobility and Exchanges, Research and Collaboration, and Higher Education.”