LOS BAÑOS, Laguna– The International Fund for Agricultural Development (IFAD)-funded project Agricultural Transformation and Market Integration in the ASEAN Region: Responding to Food Security and Inclusiveness Concerns (ATMI-ASEAN) conducted a series of one-on-one review meetings with its national programs in Cambodia, Lao PDR, Myanmar, the Philippines, and Vietnam from 25 February to 1 March 2019 at SEARCA Headquarters.

The objectives of the review were (1) to monitor and evaluate the current status of project implementation in each of the five targeted ASEAN Member States (AMS), (2) to discuss issues or concerns in the implementation of the project and its activities if any, and (3) to sharpen the focus of the need-based technical assistance component of the project to support the five AMS.

25 February 2019. The Institute of Policy and Strategy for Agriculture and Rural Development (IPSARD), the focal agency of ATMI-ASEAN in Vietnam, was the first to meet with the ATMI-ASEAN Project Team. IPSARD was represented by Ms. Bui Thi Viet Anh and Mr. Nguyen Van Trong, both researchers from the Center for Agricultural Policy (CAP). They were joined by Mr. Do Van Hoan, Vice Head of Poultry and Small Livestock Division of the Department of Livestock Production, Ministry of Agriculture and Rural Development (MARD), and Ms. Leu Thi Minh Hue, Vice Director of Social-Population-Family Department of the Viet Nam Farmers' Union (VNFU).

26 February 2019. The Cambodia delegation was headed by Mr. Prak Cheattho, Deputy Director of the General Directorate of Agriculture (GDA), Ministry of Agriculture, Forestry and Fisheries (MAFF), and the focal point of ATMI-ASEAN in the country. He was joined Mr. Sorn Vichet and Mr. Lay Pisey, Deputy Director and Officer, respectively, of the Department of Administration, Planning, Accounting, and International Cooperation, as well as Ms. Hak Chhunneang, Vice Chief of Planning and Statistics Office, all from MAFF-GDA.

Both the Vietnam and Cambodia components of the project are expected to finish their national-level policy studies on swine and maize, respectively, by March 2019, which will be followed by the conduct of national-level policy roundtables (PRT) and technical assistance activities in preparation for their chosen commodities' national roadmaps.

27 February 2019. Representatives from Myanmar's focal agency and the partner research institution joined the team in reviewing the ATMI-ASEAN project's accomplishments and plans for the country. The Ministry of Agriculture, Livestock, and Irrigation (MOALI) was represented by Dr. Cho Cho San, Program Officer, and Ms. Ngwe Hsu Hlaing, Assistant Program Officer, both of MOALI's Department of Planning (DOP). On the other hand, Ms. Nang Seng Pin and Ms. Mercy Mang Hlei Iang, Senior Program Coordinator and Research Assistant, respectively, of the Centre for Economic and Social Development (CESD), attended the meeting on behalf of the research team. The focus of the Myanmar policy study on pulses will be further discussed and narrowed down during the 2nd Technical Working Group (TWG) Meeting to held on 29 March 2019 in Nay Pyi Taw, Myanmar and is expected to be completed by July 2019. 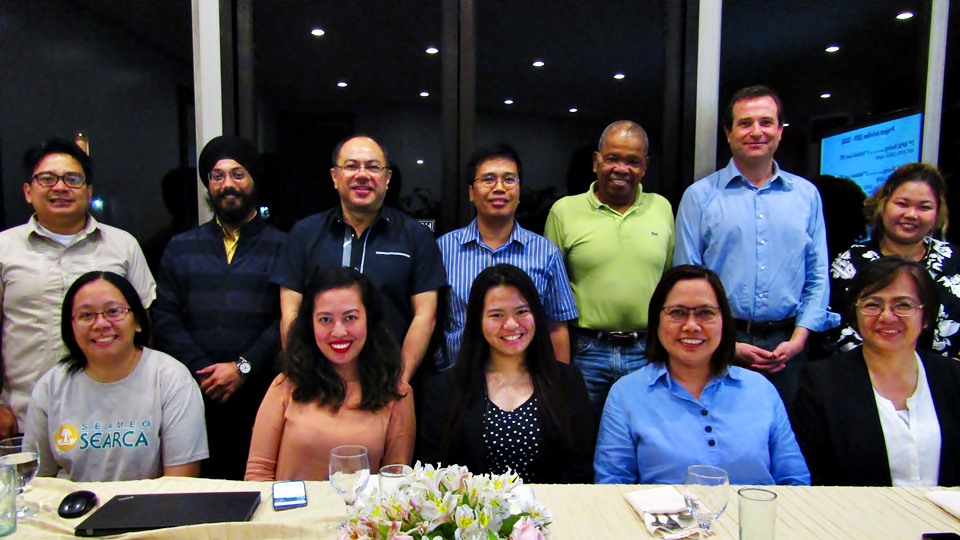 28 February 2019. The Department of Agriculture (DA), the Philippine component's focal agency, led by Mr. Lerey Panes, Assistant Secretary for Planning and Development and Special Projects and ATMI-ASEAN Philippines' focal point, and the research team from the University of the Philippines Los Baños, led by Prof. Cenon Elca, Assistant Professor of UPLB College of Economics and Management (CEM) and the Philippine policy study lead researcher, met with the ATMI-ASEAN Project Team to discuss updates on the ongoing policy study. Other representatives from DA were Ms. Leah Samson and Ms. Anrea Paola Flores, Supervising Foreign Affairs Research Specialist and Foreign Affairs Research Specialist, respectively, of the International Affairs Division (IAD) of DA, and Ms. Maria Teresita Lesaca, Executive Assistant III. Prof. Elca reported on the progress of the ongoing value chain study on processed pork in Luzon, as well as their preparations for the 2nd Philippine National Project Steering Committee (NPSC) Meeting scheduled in April 2019. He was joined by Ms. Angelica Labitoria, Research Assistant. 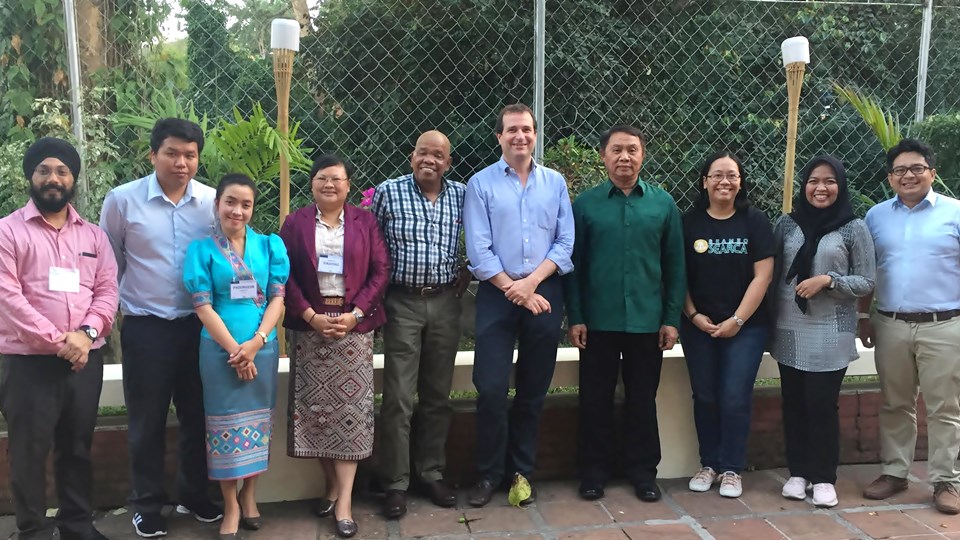 1 March 2019. The ATMI-ASEAN Project team met with the Lao PDR group to discuss the recently-started national-level policy study on maize and activities planned for the country in the next project year. Mr. Chantha Thipphavongphanh, Deputy Director General of the Department of Agriculture (DOA) of the Ministry of Agriculture and Forestry (MAF) and Ms. Phoungeun Phosalath, Head of Technical Management Section of MAF-DOA and ATMI-ASEAN Lao PDR's new focal point, attended the meeting on behalf of the focal agency. Meanwhile, the research team was represented by Dr. Phonevilay Sinavong, Researcher at the National Agriculture and Forestry Research Institute (NAFRI) of MAF and Mr. Oula Bouphakaly, Lecturer/Researcher of the Faculty of Agriculture of the National University of Laos (NUOL). The research team will be gearing up for the presentation of the policy study's progress on the 2nd Lao PDR NPSC Meeting scheduled in May 2019.

SEARCA, as the implementing partner of the ATMI-ASEAN Project, presented the completed, ongoing, and planned national-level activities of the project in each of the five AMS. The proposed schedule of Project Year 4 activities was reviewed by each country and has been adjusted in consultation with the country representatives who attended the meetings. The consolidated report on the project's progress and proposed schedule of activities at the regional- and national-levels will be presented by IFAD, IFPRI, and SEARCA during the courtesy call with Dr. Pham Quang Minh of the ASEAN Secretariat on 8 March 2019 in Jakarta, Indonesia. (Loise Ann M. Carandang and Bernice Anne C. Darvin)