Dr. Arsenio M. Balisacan and Dr. Gil C. Saguiguit, Jr., both former Directors of the Southeast Asian Regional Center for Graduate Study and Research in Agriculture (SEARCA) were awarded Outstanding Alumni of the College of Economics and Management (CEM) of the University of the Philippines Los Baños (UPLB) during its Centennial Anniversary Celebration held on 19 July 2019. Dr. Balisacan, who is currently the Chairman of the Philippine Competition Commission, was keynote speaker of the event.

Dr. Balisacan and Dr. Saguiguit were among the 100 awardees recognized by CEM-UPLB for their significant contributions to their respective fields of study and practice that carry the College's brand of education and training. The two past Directors, who both earned their Masters degree in Agricultural Economics from CEM-UPLB, were cited for their illustrious career and outstanding leadership and service to governments and international organizations including SEARCA. 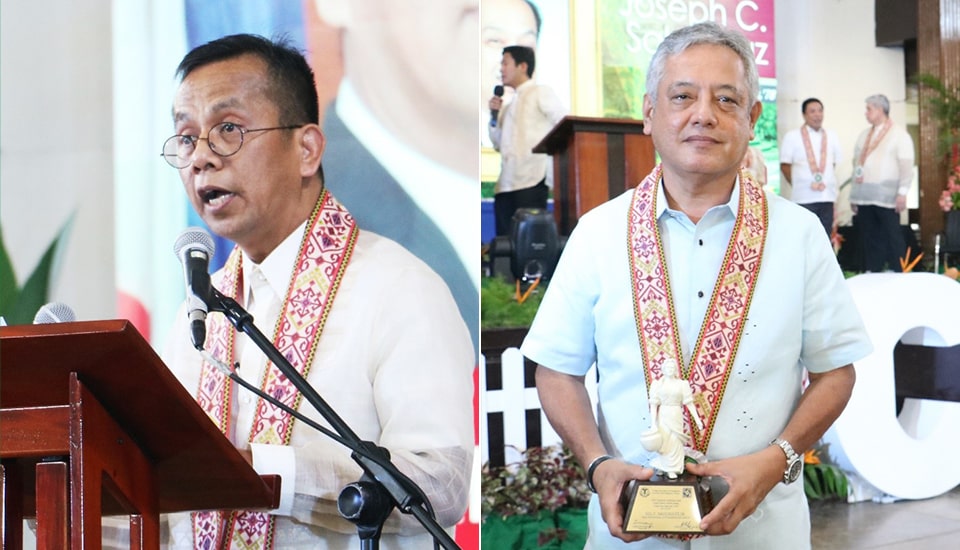