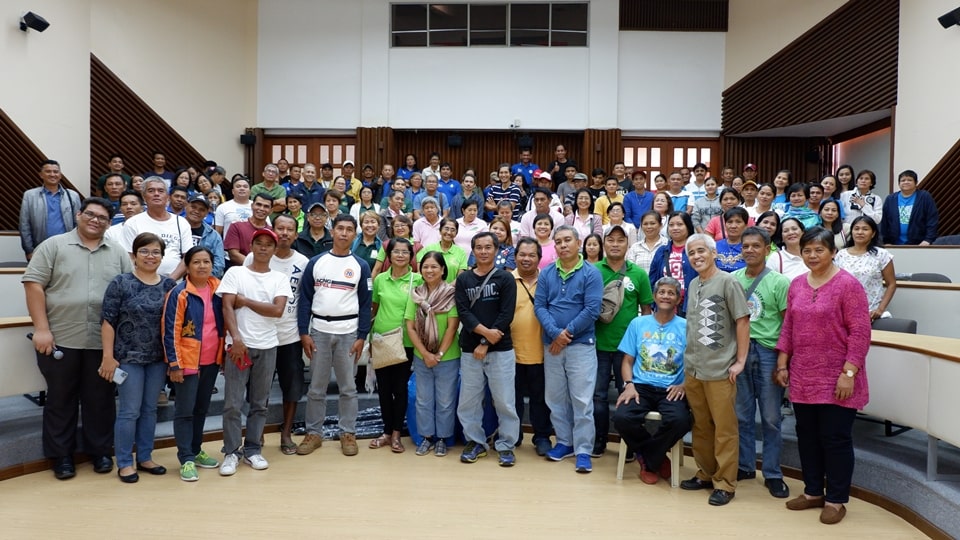 More than a hundred vegetable farmers from the provinces of Laguna and Quezon were introduced to agricultural biotechnology and its products like Bt Eggplant during the Farmers’ Forum on Biotechnology.

Enabling farmers to make informed decisions on products of modern biotechnology, the Southeast Asian Regional Center for Graduate Study and Research in Agriculture (SEARCA) through its Biotechnology Information Center organized a Farmers’ Forum on Biotechnology on December 19, 2019 at SEARCA, Los Baños, Laguna. 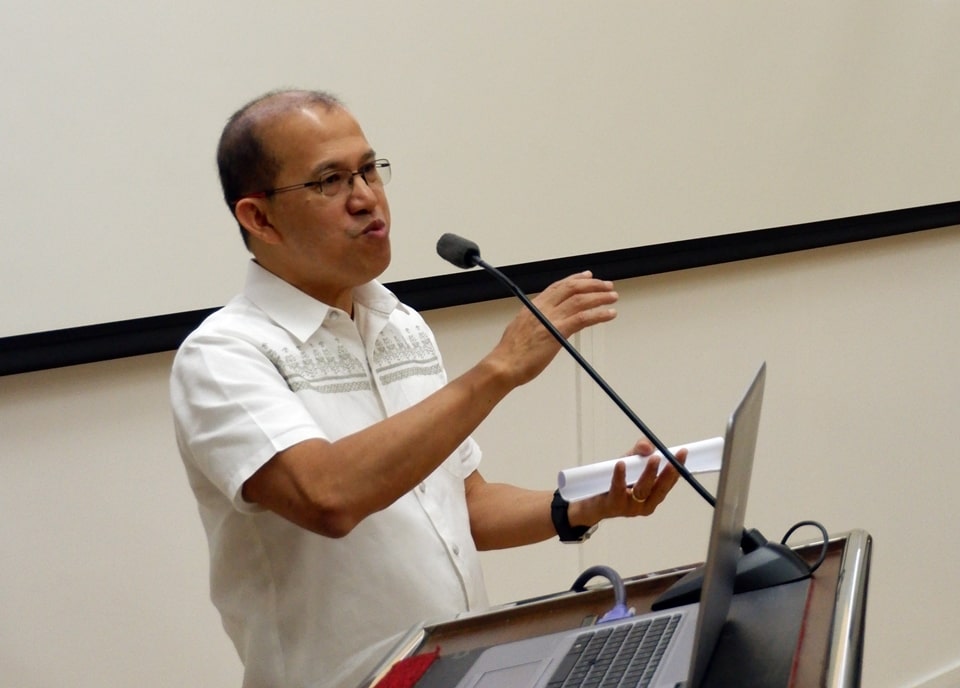 SEARCA Director, Dr. Glenn B. Gregorio welcomed the participants and encouraged them to think critically about biotechnology.

SEARCA Director Dr. Glenn Gregorio expressed his desire to engage with the participants and he encouraged them to think critically and be open to information about genetically modified organisms (GMOs). “Don’t be afraid of modern biotechnology. This activity is meant to clarify misconceptions about GMOs so we should take this opportunity to learn more about it,” he stated. 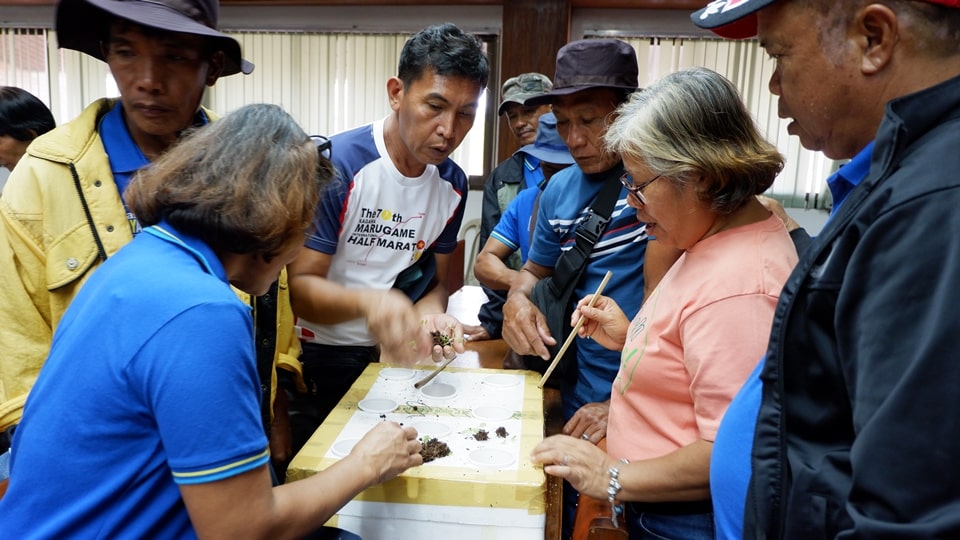 The participants tried their hands at building a SNAP Hydroponics planting system during the hands-on exercise at the UPLB-Institute of Plant Breeding.

The event gathered more than a hundred vegetable farmers from the provinces of Laguna and Quezon in order to introduce them to agricultural biotechnology and its products like Bt Eggplant. Scientists from the University of the Philippines Los Baños-Institute of Plant Breeding are currently developing a genetically modified eggplant that contains a gene from the soil bacteria, Bacillus thuringiensis. Inserting the Bt gene into the eggplant protects the plant by making it resistant from the eggplant fruit and shoot borer, which is the most damaging pest of eggplant in South and Southeast Asia. With this GM crop, exposure of farmers and consumers to potentially harmful pesticides are reduced while increasing yield and ensuring farmer income.

The forum also included a discussion on the projected socio-economic impacts of Bt eggplant, the government’s safety regulations for products of modern biotechnology, and a demonstration of the Simple Nutrient Addition Program (SNAP) Hydroponics planting system.