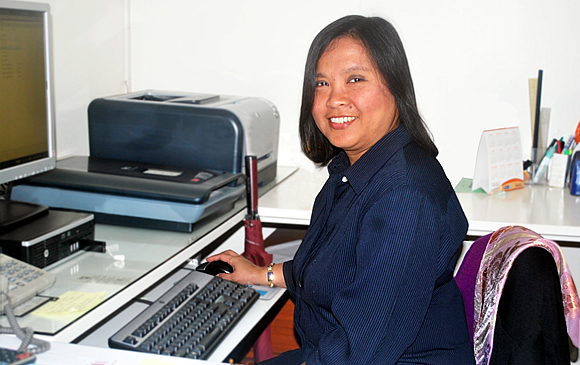 Dr. Cuaresma is no stranger to SEARCA as she has been a Consultant for Graduate Scholarship since August 2013. She also served as the Consortium Coordinator of the University of the Philippines Los Baños (UPLB) for six years, from 2005 to 2012, in her capacity as the Graduate School College Secretary (2005-2011) and as the Vice Chancellor for Administration (2011-2012). Aside from these posts, she is also an Assistant Professor at the Institute of Mathematical Sciences and Physics, College of Arts and Sciences, UPLB.

SEARCA’s Graduate Scholarship Program, initiated in Academic Year 1968/69 is one of the Center’s core programs to realize its mandate of developing highly trained human resources in agriculture and related sciences to accelerate agricultural and rural development in Southeast Asia.  The Program has been providing graduate scholarships to qualified nationals of the 11 member countries of SEAMEO, and has likewise been administering scholarship funds of other partner institutions.  Over four decades, the scope of the Graduate Study Program has expanded to include institutional development, networking, and other services to enhance graduate education in the region.