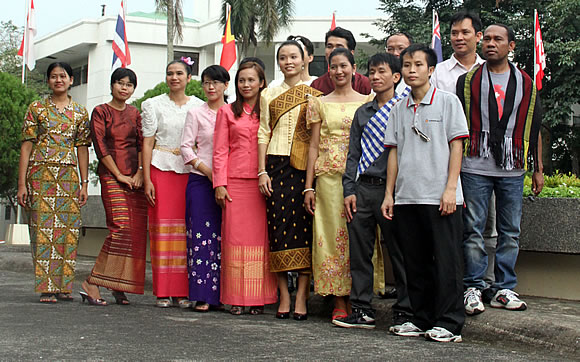 Starting Academic Year 2014-2015, a total of 40 Southeast Asians from Indonesia, Myanmar, the Philippines, Lao PDR, Malaysia, Thailand, Timor Leste, and Vietnam, has been given the opportunity to acquire higher education in agriculture, forestry and related sciences through SEARCA’s graduate scholarship program.

Majority of the scholars will be studying at the University of the Philippines Los Baños (28), while the rest will be at Universiti Putra Malaysia (4), Chiang Mai University (4), Kasetsart University (2), Khon Kaen University (1), and Institut Pertanian Bogor (1).

Included in the new batch of scholars are the 14 Master’s degree scholars of the Upland Agriculture and Food Security Fellowships supported by the International Development Research Centre (IDRC) of Canada. The said scholarship project, which started in March 2012, aims to establish a critical mass of high-quality human resources to serve as catalysts for developing sustainable agriculture programs for upland communities that are generally vulnerable to food insecurity.

The new scholars managed by SEARCA are:

With these new scholars, SEARCA has now awarded a total of 1,510 full scholarship grants since its establishment in AY 1968/69. Many of these scholars have successfully completed their study programs and some have taken up positions of influence in their respective institutions.